A story about Lester Levenson's awakening to Love 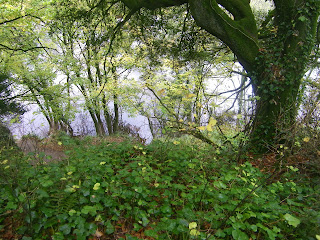 Lester . . .
“Wait a minute!” he thought. “If happiness is when I’m experiencing love for the other one, then that means happiness is a feeling within me.
“And if I felt unloving in the past? Well, I know I can’t change the past, but could I possibly correct the feeling now inside myself? Could I change the feeling to love now?” He decided to try it. He looked at his most recent unhappiness, the day he left the hospital.
“First,” he asked himself, “was I experiencing a lack of love that day?”
“Yes,” he answered aloud. “Nobody gave a damn about me, not the nurses, not the orderlies, not even Dr. Schultz. They did not care. As sick as I was, they threw me out, sent me home to die so they wouldn’t have to watch one of their failures . . . well, the hell with them. They can all go to hell.” He was shocked at the vehemence in his voice. His body trembled with rage and he felt weak. He really hated the doctor: He could feel it burning in his chest. “Oh, boy,” he thought, “this sure isn’t love.”
“Well, can I change it?” he asked. “Is it possible to turn it into love for the doctor?”
“Hell, no,” he thought, “why should I? What did he ever do to deserve any love?”
“That’s not the point,” he answered himself. “The point is not whether he deserves love. The point is, can you do it? Is it possible to simply change a feeling of hatred into a feeling of love—not for the benefit of the other person but for yourself?”
As the thought crossed his mind, he felt something break loose in his chest. A gentle easing, a sense of dissolving, and the burning sensation was gone. He didn’t trust it at first. It seemed too easy, so he pictured again the scene with Dr. Schultz in the hospital. He was surprised to find that it brought only a mild feeling of resentment rather than the previous intense burning hatred. He wondered if he could do it again.
“Lets see,” he thought, “what did I just do? . . . Oh, yes. Can I change this feeling of resentment into a feeling of love?” He chuckled as he felt the resentment dissolve in his chest. Then it was totally gone and he was happy. He thought of Dr. Schultz again, pictured him in his mind and felt happy, even loving. He saw now, reliving that last meeting, how the doctor had hated to tell him the things he had to say. He could feel the doctor’s pain at having to tell a young man in the prime of his life that his life was over. “Dr. Schultz, you son-of-a-gun,” he said, grinning, “I love you.”
“Well, it worked on that one,” he thought. “If my theory is sound, then it should work on everything.” Eagerly, he began trying it on other moments, and the results were consistently the same. Each time that he asked himself if he could change the feeling of hostility or anger or hatred to one of love, the dissolving process took place. Sometimes he had to repeat it over and over until he felt only love for the person. At times, the entire process would take only a minute or two; at other times, it might take him hours of working on a particular person or event before his feelings were only loving, but he would doggedly stay with it until it was completed on each person and each incident.
His entire life came up for review in bits and pieces. One by one, he changed to love all the old hurts and disappointments. He began to feel stronger as the weight of his pain dropped away. He was happier than he had ever been in his entire life, and he kept it going, feeling even more happiness with each new thing corrected.